2019: Media Literacy starts at the library

In 2019, Global Libraries – Bulgaria Foundation for the second time was the national partner for the ALL DIGITAL Week.

During the ALL DIGITAl Week in Bulgaria there were 95 events held in more than 24 different points across the country. The organized events attracted the attention of the public, and as a result more than 1,700 people received answers to the up-to-date topics of our daily life related to the digitalisation of the world.

Using and storing digital information on the internet /cyber/ space has created new type of crimes and new type of offenders, which creates fear for consumers and the desire to get advice on how to protect personal information and how to surf safe on the Internet. All these questions were answered by highly educated trainers from regional and municipal libraries in partnership with schools, NGOs and regional offices responsible for cybersecurity. Other discussions were held on topics important to young people, such as safe communication in social networks, harm and benefits of video games, etc. In addition to the larger group of young people aged 10-18, groups aged 55+ were also participating. Interesting lectures were also about the public combat of fake news and ways to counteract.

Workshops related to programming as part of the “Generation Code” project were attracting a lot of students. The children aged 10-12 years quickly drew on the possibilities of the FINCH robot. The Scratch program has allowed children to model the robot computer and as they entertained with images, sounds and animations, they easily learned the principles of visual programming.

Finally, more than 170 hours were delivered in the form of offline workshops / trainings to more than 1,700 people. This makes a clear request for the future that society in Bulgaria has needs that could be successfully addressed by campaigns such as ALL DIGITAL Week. 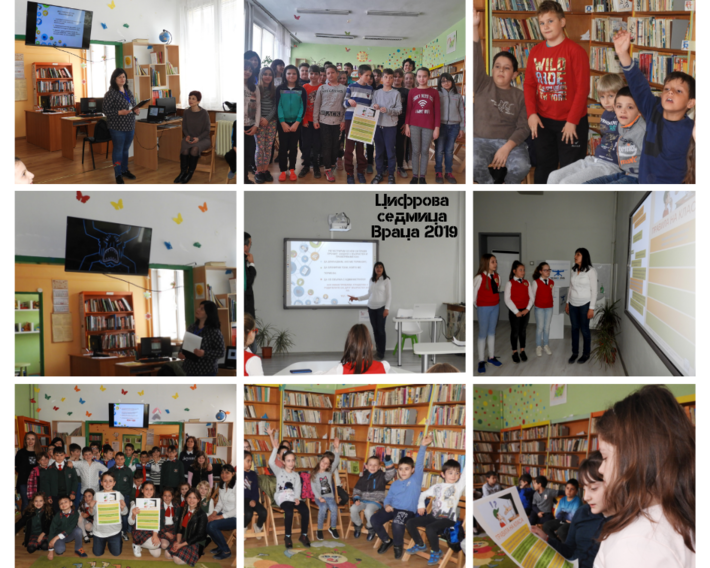 Some examples of media coverage: