In 2019, ALL DIGITAL Week was organised for the second time in Findland led by Bildningsalliansen – the umbrella organisation for non-formal adult education in Swedish in Finland.

The ALL DIGITAL Week was larger in Finland this year with coordination groups in five regions, compared to only one region last year. All regional activities were planned and carried out independently, each catering to the specific needs of the area in question and reflecting the composition of the coordination group. Information between the groups and some overlap with national organisations participating in several of the regional activities helped create links and coordination between the events.

In the beginning each region was allocated one day each in the ALL DIGITAL Week. This allowed for some of the content to travel from one place to the next. In the end three of the regions had so much programme that they expanded to the whole week.

From the start it was agreed that the topic could be approached in a very wide manner. As a result, the week offered workshops, lectures, hands-on training, discussions, digital fairs, maker spaces, panel discussions, digital first aid, digi-walks and much more. The ambition was very much to try and capture the richness in digitalisation, looking at several of the dimensions that are being affected. Thus the answer, whenever anyone approached the steering group with a new idea, was always yes.

Content was offered in Finnish, Swedish, English and Russian. In many of the regions the libraries took on a big role and often hosted many of the larger events, notably in Helsinki, where two floors of the spanking new central library Oodi were filled to the brim with All Digital Week content for the whole day.

Some examples of media coverage:

In 2019, ALL DIGITAL Week will be organised for the second time in Findland and will be led by Bildningsalliansen – the umbrella organisation for non-formal adult education in Swedish in Finland. It is working for an open, accessible and democratic society and has been supporting digital inclusion since 2013 through their network Inkludera Flera. Bildningsalliansen’s natural way of working is through networking and open collaboration, the method for planning and carrying out ALL DIGITAL Week in Finland.

Bildningsallianses is the main coordinator in Finland with support from its partners:

Bildningsalliansen will organize events in four cities and encourage others to organize their own events. The ALL DIGITAL Week will be kicked off in Vaasa on 25 March, followed by events in Helsinki and Sipoo on 26 March and in Porvoo on the 27. There will be workshops on a large range of topics, popups, digi-fairs, IT Dialogues, presentations, keynote lectures, Instagram walks, e-sport-events, a digital road trip, lectures, discussions, 3D printing, VR excursions, IoT workshops, code teaching, future workshop for children, tutoring and IT-support. This is offered mainly in Finnish with several events also offered in Swedish, English and Russian. Some of the best bits of the 2018 programme will be offered again.

This year the ALL DIGITAL Week in Finland is much larger in terms of organized activities, geographical reach and event organizers. YLE and the libraries in the event cities have both taken a larger role this time, and there are local organizing committees in all cities. At the same time BIldningsalliansen is keen to coordinate and share good ideas between the local organizers. The largest event will be in the newly opened central library of Helsinki, Oodi, which is also involved in the preparation and execution of the programme.

With its 40 partners, Bildningsalliansen anticipates to involve 5,000 participants in the campaign events.

In 2018, ALL DIGITAL Week was ogranised for the first time in Findland thanks to the new partnership with Bildningsalliansen and Make it Finland.

This was the first year for Finland to participate in the ALL DIGITAL campaign. Two national partners – Bildningsalliansen and Make It Finland – collaborated in spreading the word about the campaign, encouraging organisations to join and also organising their own events and activities. All in all over 1770 persons took part in the events organised throughout the country. The main focus of the activities was digital inclusion and digital competence.

Besides a set of smaller workshops and activities, two larger events were organised, one in Helsinki and the other one in Turku. These attracted 700 participants altogether, focusing on digital inclusion and digital competence for everyone regardless of age, gender and language. 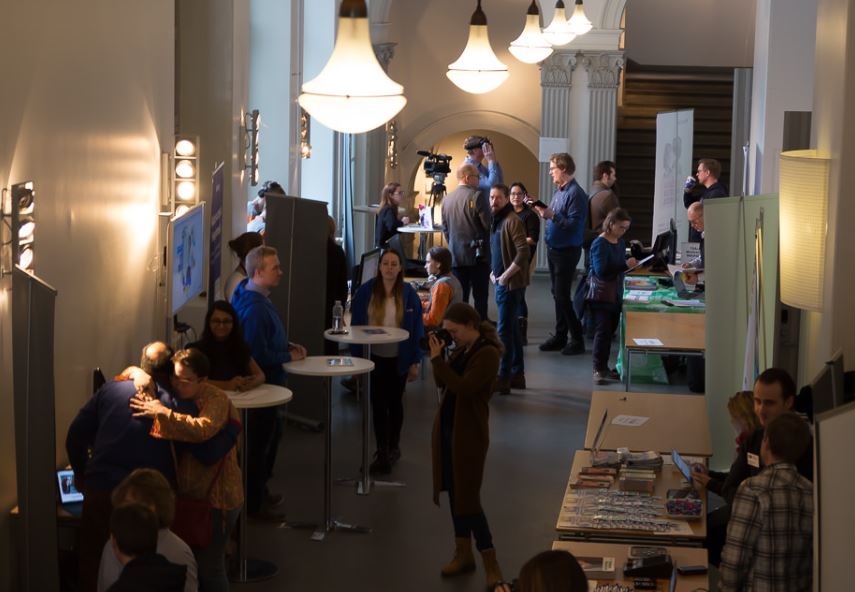 In addition, there were quite a few events on programming and digital creativity aimed at teachers and children, organised by educational institutions, projects and networks. The remaining events were more narrowly focused on given topics, e.g. online banking, IT support or getting online. 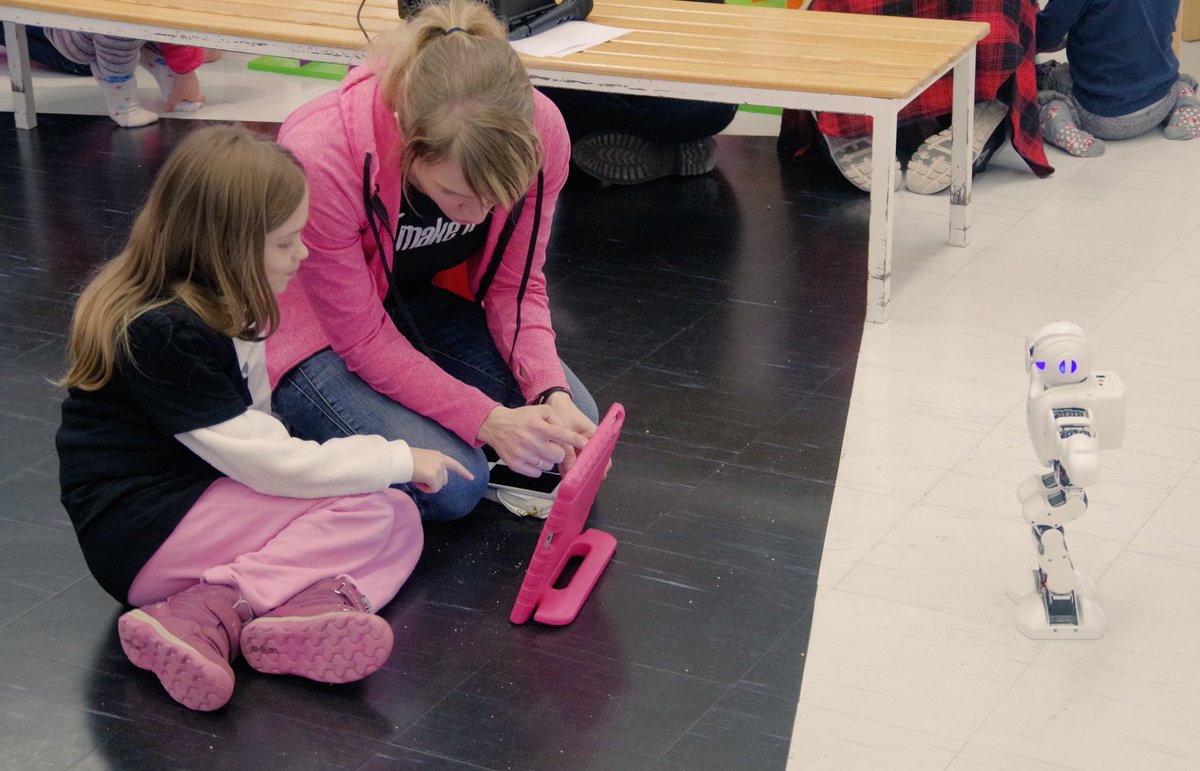 Finally, a social media campaign on Facebook was organised throughout the month with daily posts with questions or ideas related to digital competence based on the EU DIGCOMP framework. In addition to the events officially registered on the ALL DIGITAL web page, there quite a few other initiatives were also arranged related to the campaign, especially at libraries and schools throughout the country. 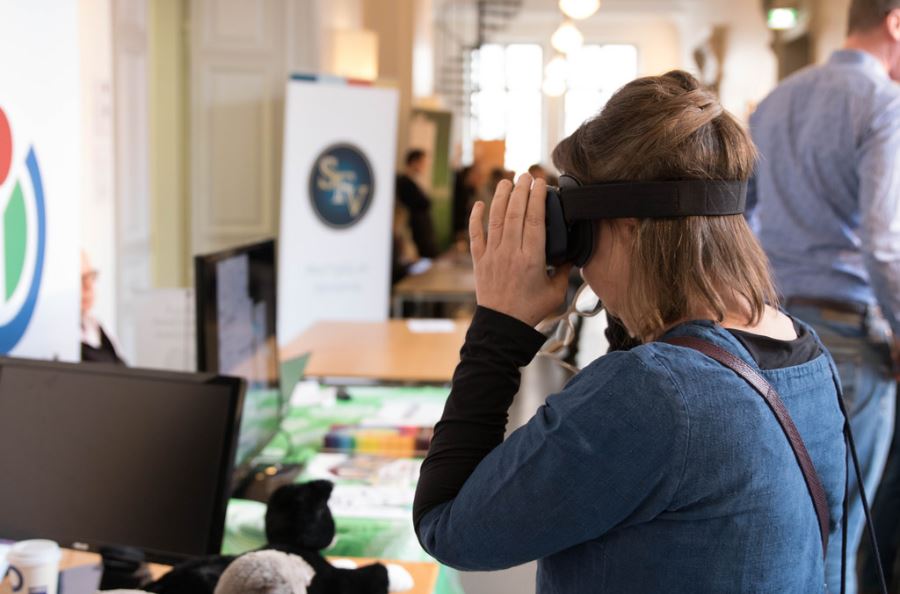 The first year experience showed that there is an interest in this area among the general public in Finland. To get a society where everyone can feel involved and included, we need to make sure everyone has the opportunity to be heard and have their say. This cannot be done without education and discussions, and the partners look forward to continuing this work throughout the year and during upcoming ALL DIGITAL campaigns.

The highlight of the year was definitely the large interest that the campaign received despite it being done for the first time in Finland. In addition, several initiatives were very successful. For instance, the event “From Digiblahaa to Digiahaa” organised by Bildningsalliansen, which won the Best Promo Event Award for ALL DIGITAL Week 2018. 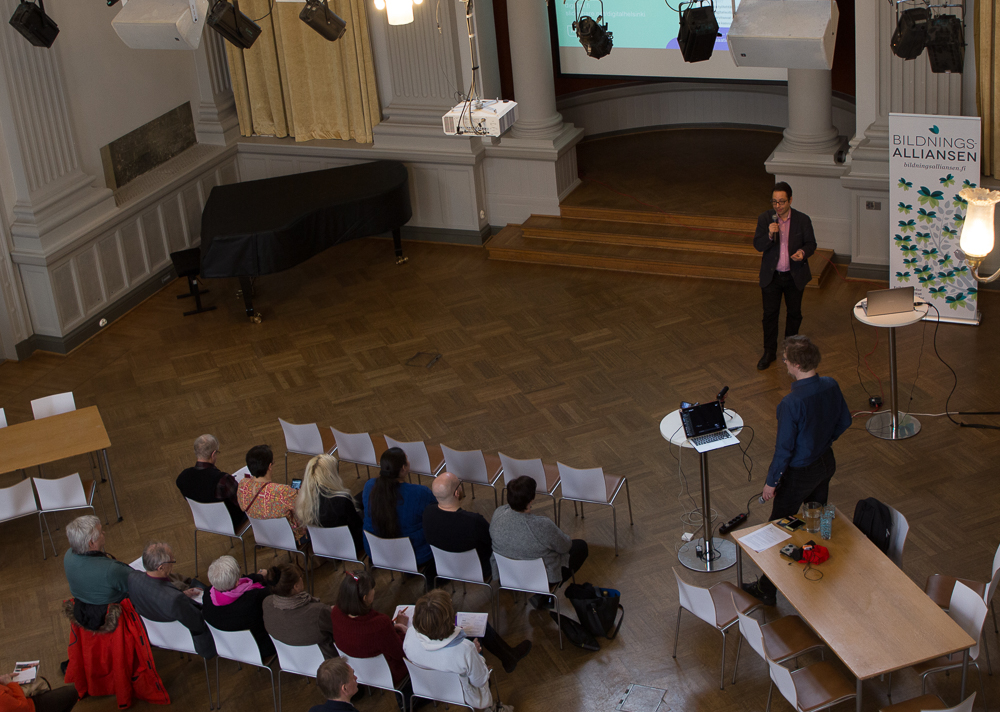 The Make It Festival arranged by Make It Finland in Turku is another example of a larger event, which brought together people of all ages and from different cultures. The event was officially arranged in three languages with activities for all ages. In practice, we were able to help and guide the visitors in as many as 7 languages (Swedish, Finnish, English, Polish, Urdu, Romanian and Russian) thanks to fantastic volunteers. The youngest participant was 2 years old while the oldest were pensioners, and there were activities for all of them and everyone in between. While digitalisation is commonly seen as a transformation that can broaden gaps in our society, the festival aims at using technology to bring people together, rather than tearing them apart. Make It Finland also arranged a Facebook campaign with daily posts on digital competence, which was well received both by the public in general and teachers in particular. 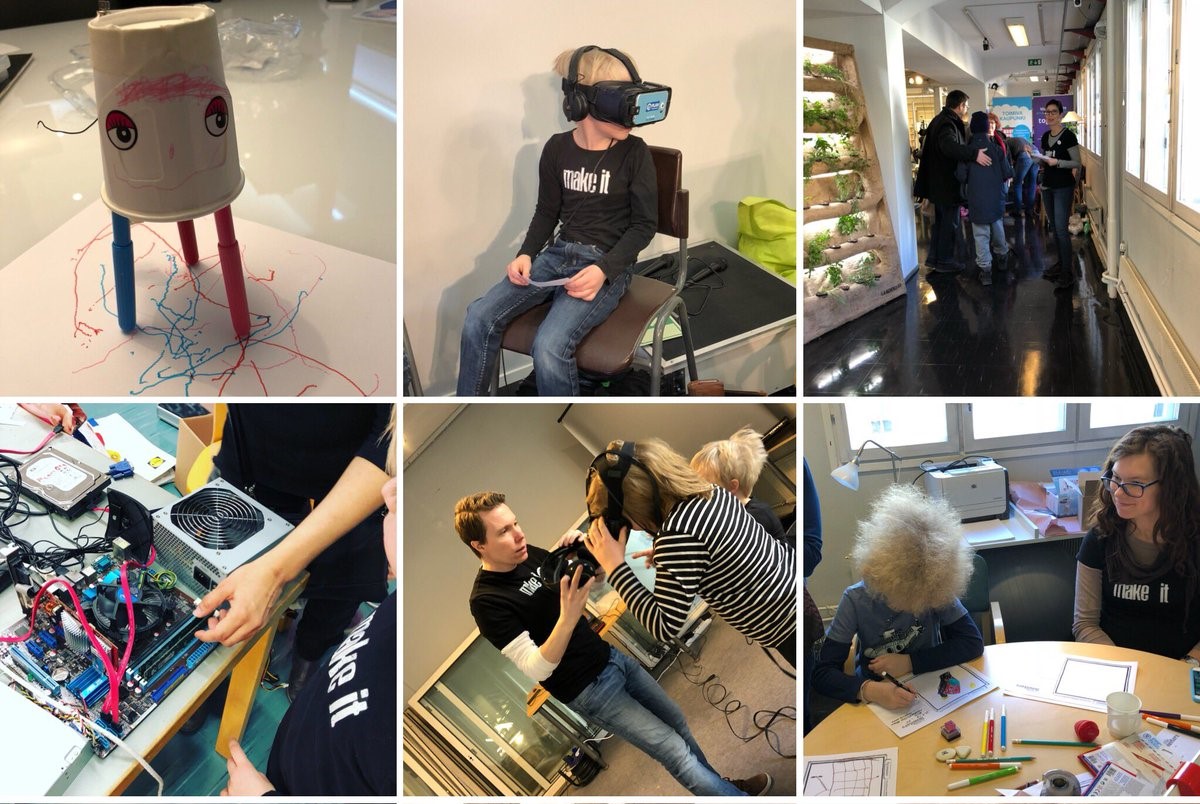 Make It Festival in Finland

Some publications about the campaign in media:

Overview of commitments in 2018

Bildningsalliansen is the umbrella organisation for non-formal adult education in Swedish in Finland. It is working for an open, accessible and democratic society and has been supporting digital inclusion since 2013 through their network Inkludera Flera. Bildningsalliansen’s natural way of working is through networking and open collaboration, the method to be in planning and carrying out ALL DIGITAL Week in Finland.

Bildningsalliansen had issued an open call to all their members nationwide and their network affiliates to organize local ALL DIGITAL Week events in libraries, public spaces and non-formal schools and institutions.

In order to bring the Week to public attention, the focus was on arranging a large public event in Helsinki on the first day of the campaign, 19 March. That day a house in downtown Helsinki was filled up with digital things all day long. Schools, study groups and active association members of the event partners are invited. The aim was to fill three floors with three different programme channels, including a code corner, a game corner, key notes, dialogue, pop-up presentations live podcasting, you tubing and other interactive programme points.

With its 30 partners, Bildningsalliansen anticipated to involve 500 participants in the campaign events.

The other partner was Make It Finland, a nonprofit organisation, which wants to give all citizens equal possibilities to participate actively and responsibly in the increasingly digitalised society.

Make It Finland invited nonprofit organisations, schools, universities, public libraries and private companies to arrange events, support the campaign and spread the word. It ran an information campaign focused on digital competence in Swedish, Finnish and English on its Facebook page.

* A Make It Festival was arranged in Turku on Saturday March 17, as a kick-off for the ALL DIGITAL Week.
* Events and workshops open to everyone were arranged at libraries and schools (e.g. on fake news, programming, making, VR & AR, ..)
* Schools were invited to arrange events for both teachers and students.

With its 50 partners, Make It Finland planned to engage 1,500 participants in the ALL DIGITAL Week 2018 activities.