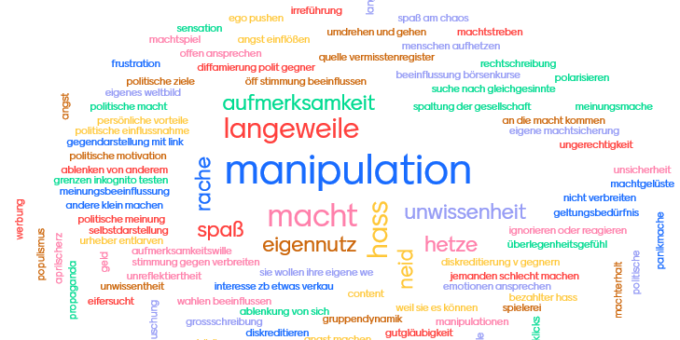 So there it was, the big “Get Your Facts Straight” week in Germany: five days, five webinars about “Fake News”. With the German title “Gemeinsam gegen Fake News”, translated “United against Fake News”, Stiftung Digitale Chancen organised five one-hour webinars, one every day, during the week from 15 to 19 June providing information about fake news and disinformation on the Internet.

The webinars were advertised in advance via Facebook, Twitter and the newsletter of Stiftung Digitale Chancen. And it quickly became clear: the topic is in tune with the times. Within a few days, the webinars were completely booked out with over 500 registrations! More than 320 people actually took part in the webinars. The target group was as diverse as the topic itself: From young to old, together as a family, in school classes, as vocational training or in senior citizen facilities, from all over Germany – everyone wanted to stand up together against fake news!

The five one-hour webinars were conducted using Adobe Connect. In addition to a presentation that provided background information on possible definitions and on the different types or forms of “fake news” (e.g. propaganda, clickbait, conspiracy stories, satire, etc.), many examples were presented and interactive elements were incorporated, e.g. with the help of Mentimeter, that all participants could take part in. For example, the quiz “Fact or Fake”, in which all participants had to vote whether a message was true or false, was met with great enthusiasm. Also, the joint Mentimeter brainstorming on possible motives for and strategies against fake news made the webinar overall varied and entertaining. 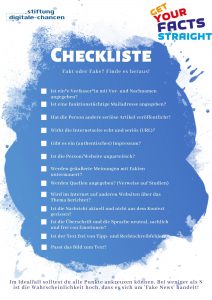 Besides the questions about the WHAT (are Fake News) and the WHY (do people distribute them) the HOW (do I recognize Fake News) was also answered. For this purpose, the participants were provided with a “toolbox” which contains tips on how to check the source, facts and appearance of a news item for its authenticity.

Even though not all aspects of the extensive topic could be discussed in the webinars and there was no room left for discussion due to the time frame and a large number of participants, it was nevertheless possible to sensitise participants to “fake news” and to create an incentive for them to continue working on it afterward. To this end, all participants received the presentation after the webinar, as well as a list with link tips for further materials and a checklist for recognising fake news.

The feedback and reactions to the webinars were extremely positive and illustrate how important it is in times like these to inform about fake news and disinformation. The participants were very grateful for the materials and many of them reported that they will continue to use them with their children, school classes, in retirement homes, etc. Even a few days after the webinars, we still receive inquiries from people who wish to continue the events and have more webinars on the topic!

“Thank you very much for this great and valuable webinar! You’re doing an incredibly important job.”

“The webinar was an excellent event with lots of information for daily use. Thank you very much.”

“It was a great presentation. It was just what I was looking for.”
(Feedback taken from the post survey, translated from German) 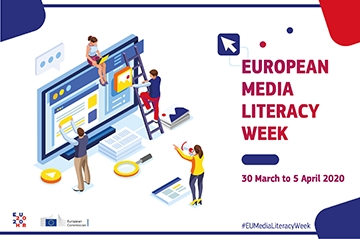 This project is co-funded by Preparatory action "Media literacy for all" of the European Commission DG CNECT. Grant Agreement: LC-01249049

Copyright © 2022 ALL DIGITAL Week - All Rights Reserved | site by Bembelembe