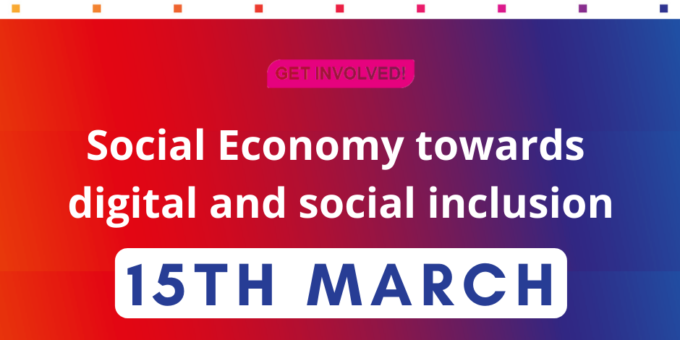 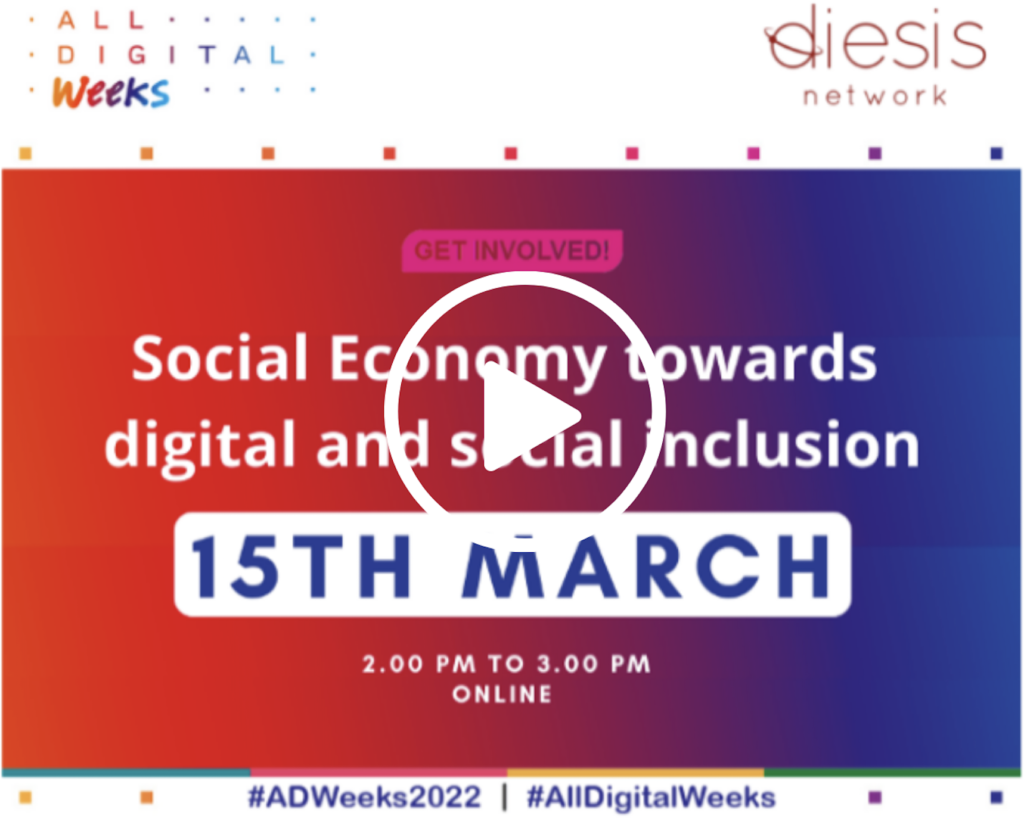 In the context of the All Digital Weeks 2022, the Diesis Network organized the event “Social Economy Towards Digital And Social Inclusion”, which took place on the 15th of March 2022.

The event explored the interconnection between social economy and digital skills from a present and future perspective. It showcased good practices of social enterprises that use digitalization as a tool of development or contribute to bridging the “digital divide” affecting in particular the vulnerable groups of society.

Diesis Project Manager Vesa Latifi opened the event, underlining how social economy has attracted much attention in the last few years, thanks to its capacity to generate both economic and social impact. In fact, there is a growing number of social economy applications of digital technology, and emerging ecosystems of businesses and organizations building a digital social economy.

After that, Eleonora Lamio, Project Manager at Diesis Network, provided a short overview of what social economy really is, stating that: “in Europe, the shared definition of social economy is an economy that makes profit for people other than investors or owners so it’s an economy that has a social impact, an environmental impact, or an impact that it’s not only strictly economic. Social economy is transversal to all the economic fields, it goes from traditional social care, social support, to agriculture, technology and for instance digitalization.”

The event then focused on showcasing two projects, BeCode and Fairbnb, that apply the principles of social economy

Firstly, Fairbnb was presented by Johnathan Reyes, Co-founder and Vice-president of the project. He explained why they first started with the project: “Starting from the problems that the massive tourism industry has, and the so-called sharing economy platforms, we saw that most of the travelers would prefer to travel in a more sustainable way, having a positive impact in local communities. So, we started thinking: why not creating an alternative platform that can be managed by local communities that can have a positive impact in local economies?”

To achieve this goal, they organized a network of local communities and local partners who helped them, among other things, to define what kind of activities can happen in the city, what the current policies are, for example. Besides creating new job opportunities, Fairbnb donates part of its revenues to fund social community projects and to support their ambassadors in the cities.

Afterwards, BeCode was displayed by Frédéric De Cooman, Chief Operating Officer for the project. He specified that their goal is to give more opportunity to the part of the population that is far away from the job market, by providing free IT training thanks to the support of the European social fund, regional funds, and companies from big industrial families.

They focused on digital and IT training because it’s one of the most demanding sectors at the moment, as a matter of fact around 70% of all learners found a fixed job within nine months after the training. This is a remarkable result if we think that they plan to train 1200 people next year.

To wrap up the event, Alessia Sebillo, Executive director of Diesis Network, pointed out that what should be fundamental when designing trainings or platforms is the inclusion of a safe space for users to understand how to really self-improve and self-empower, with the help of mentors, for instance.